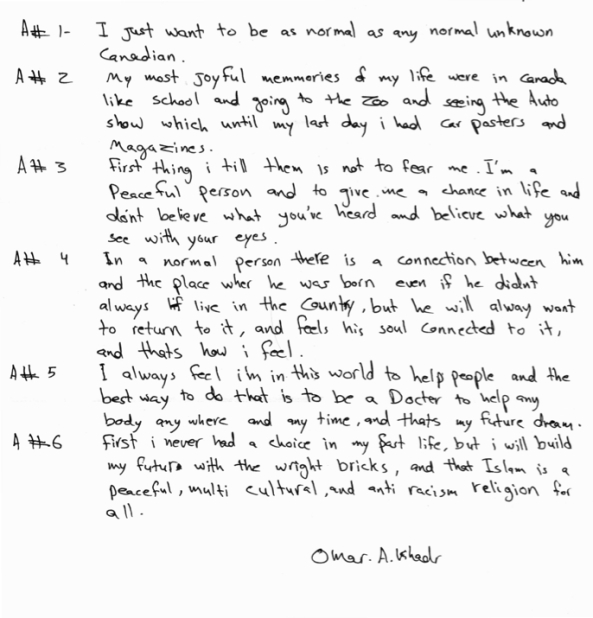 And for Canadian viewers; you can watch the whole movie here: YOU DON’T LIKE THE TRUTH | 4 Days inside Guantanamo 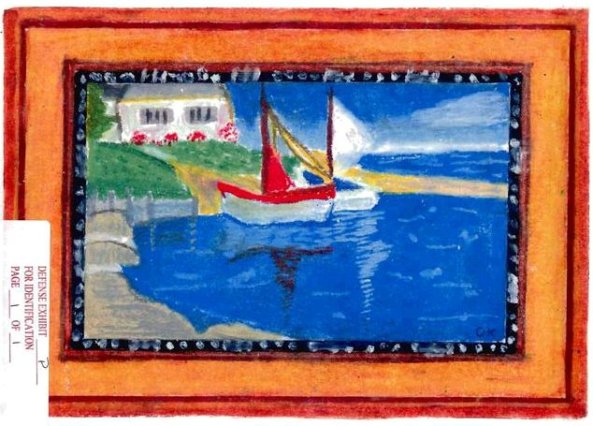 Hope for a Peaceful Life 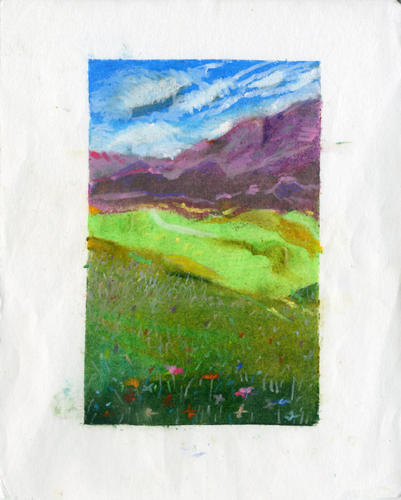 The Omar Khadr Case: How the Supreme Court of Canada Undermined the Convention on the Rights of the Child. 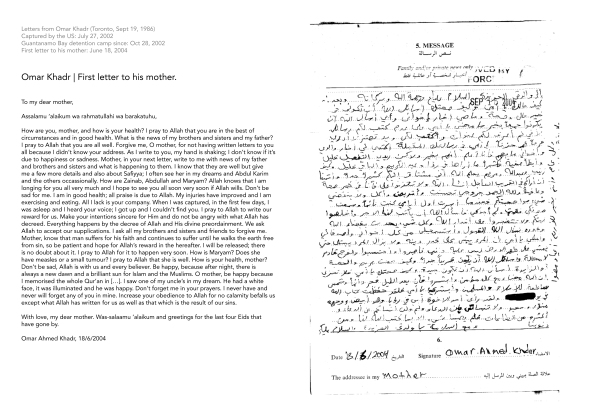 A fifteen-year-old Canadian child gets caught up in a war, is imprisoned and tortured in Guantanamo Bay for years, convicted in a US military commission, widely condemned as acting outside the legitimate laws. In order to ever emerge from Guantanamo, he pled guilty for crimes he probably did not commit. And he is referred to as ”terrorist”, “war criminal”, “convicted murderer”?

Journalists have shown the effect the press can have on politics and citizens by using biased reporting to this extent. While they could do justice to this young man by writing objective articles.

Why not write about “abused child soldier”, “tortured Canadian child” or “miscarriage of justice”? This is the real and complete story.