In light of recent media coverage of Vic Toew’s denial of a media request for an interview with Omar Khadr, the Vancouver Free Omar Khadr Campaign is encouraging a letter writing campaign to share our criticism of his appalling interference.
[+] Omar Khadr prison interview overruled by Vic Toews’ office (CBCnews)

Please forward or edit the template letter as you see fit. It would be very helpful if you sent copies to Stephen Harper and your M.P. Address/Contact information is provided below.

I am writing to protest the political interference of the office of the Minister of Public Safety in an application for a prison interview with Omar Khadr. Your decision to overrule the warden’s approval is considered to be highly unusual and outside the bounds of your authority. Only recently you reassured Canadians that decisions related to the future of Omar Khadr would be determined by Correctional Services Canada independent of government involvement. Political interference in the judicial process threatens the foundations of our democracy, Mr. Toews. I therefore urge you to:

2. end the complicity of Canadian government officials in the ongoing violation of Omar Khadr’s human rights that are protected by international law and the Canadian Charter of Rights and Freedoms.

5. Send a copy to your M.P.
addresses listed here:
http://www.parl.gc.ca/Parlinfo/Compilations/HouseOfCommons.aspx?Menu=HoC

8. Send a copy to Mulcair:
thomas.mulcair@parl.gc.ca

9. Send a copy to Trudeau:
justin.trudeau@parl.gc.ca

10. Send a copy to May:
elizabeth.may@parl.gc.ca

Omar Khadr’s plea-bargained guilty plea and conviction on murder, terrorism and spying charges will be appealed to a U.S. civilian federal court that has tossed out similar Guantanamo military tribunal convictions for two high-profile al-Qaeda defendants.

If the appeal succeeds, Mr. Khadr could be freed immediately.

Mr. Khadr, now 26, is imprisoned in a special security unit dubbed Guantanamo North at Millhaven Penitentiary near Kingston after being repatriated last September from the U.S. naval base in Guantanamo, Cuba.
“Omar has given his approval to file an appeal,” Dennis Edney, his Canadian lawyer confirmed. A U.S. appellate legal team has been named.

His lawyers expect the U.S. Court of Appeals for the District of Columbia Circuit to overturn Mr. Khadr’s conviction – just as it did in the cases of two of Osama bin Laden’s close personal aides, Ali Hamza Bahlul and Salim Hamdan, both also convicted at Guantanamo.

That would create consternation in Ottawa, where ministers have called Mr. Khadr a terrorist and successive Liberal and Conservative governments refused to extricate him from Guantanamo despite his Canadian citizenship and his hotly debated status as a child soldier under international law. He pleaded guilty in 2010 to multiple crimes committed in Afghanistan in 2002. As part of that plea, he confessed to throwing a grenade that killed U.S. Sergeant Christopher Speer.

The Pentagon’s Office of the Chief Defense Counsel has named an appellate team of attorneys for Mr. Khadr led by a civilian Sam Morison. Now armed with a formal go-ahead from Mr. Khadr, the team is expected to file the appeal soon.

They’re confident the military tribunal convictions will be overturned. “In our view there are serious questions about the validity of all these convictions,” Mr. Morison said, adding: “As the law now stands, I don’t see how his convictions can be affirmed.”

In rulings on Mr. Hamdan last October and again in January on Mr. al-Bahlul, the civilian appeals court overturned the terrorism convictions against the two. It concluded the military war crimes tribunal created by the George W. Bush administration after the 2001 terrorist attack that levelled New York’s twin towers and left the Pentagon ablaze had tried and convicted detainees on crimes that didn’t exist when the defendants were captured. President Barack Obama has opted to retain the military commissions and keep Guantanamo running, despite his pre-2008 election vow to close the infamous prison complex.

Mr. Khadr’s case is additionally complicated because, unlike Mr. Hamdan or Mr. al-Bahlul, he pleaded guilty at his week-long trial in October, 2010, that included a remorseful statement to Sgt. Speer’s widow. As part of that deal, Mr. Khadr waived his right to appeal.

But if the underlying acts weren’t crimes – at least not war crimes – then the waiver may also be unreliable and the appeal could still be accepted by the U.S. federal court.

“Not only weren’t they war crimes at the time of their commission but, I would argue,” Mr. Morison said, “that none of them are crimes today, not in international law.”

The exception is spying, which was so broadly redefined in the Military Commissions Act, it bears little resemblance to espionage as defined in international law.

It could be months before the appeal is formally launched, let alone heard.

In the meantime, Mr. Khadr, who has been held prisoner since 2002, will be eligible under Canadian law for a parole hearing in July this year, when he will have served one-third of the eight-year sentence he agreed to at his 2010 trial.

Mr. Khadr, near death, was dug out of the rubble of an Afghan compound bombed by U.S. warplanes in June, 2002, where the then-15-year-old son of a major al-Qaeda figure was living with a group of militants building and planting roadside bombs.

Even if Mr. Khadr threw the grenade that killed Sgt. Speer, killing a combatant on a battlefield isn’t a war crime except in narrowly defined cases. Those include shooting a defenseless descending parachutist, a wounded soldier or one indicating surrender.

MORE RELATED TO THIS STORY

Omar Khadr Still in Jail After 11 Years: What´s Next? 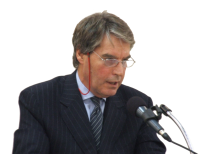 At 15, Omar Khadr was captured by US Special Forces in Afghanistan and charged several years later with the death of a U.S. soldier. For 11 years he has been imprisoned in Afghanistan, Guantanamo Bay and now Canada. Kept in solitary confinement, tortured, and deprived of medication for his wounds, Omar was convicted by an illegal military process based on a confession extracted by torture. No evidence of his guilt was ever produced. The offences to which he confessed were not crimes in 2002, and therefore prosecution is universally banned. A U.S. appeals court threw out similar charges against another Guantanamo prisoner.

Canada was the only western country to not secure the release of its citizen from Guantanamo. In 2012 Omar was returned to Canada. Now in the maximum-security Millhaven Institute, he has no access to educational or rehabilitation programs.

Canadian lawyer Dennis Edney is a frequent, international speaker on legal matters, including the rule of law as it relates to the war on terror. He was the Keynote Speaker on the Rule of Law for Amnesty International at Trinity College, Dublin in 2005 and at the Global Struggle against Torture conference in London, UK, in 2005.  He is the recipient of the 2009 British Columbia Human Rights Medal.

This talk is organized by the Vancouver Free Omar Khadr Now Committee, which is committed to working locally and nationally to free Omar Khadr. Join us to help right this terrible injustice.