The election of the new Liberal government should be good news for human rights and the rule of law in Canada. It should also be good news for Omar Khadr, but there will be many priorities competing for the attention of Justin Trudeau and his Liberal colleagues as they map out their strategy to implement their election platform.

It is up to us, as friends and supporters of Omar Khadr, to make sure that righting the wrongs done to Omar is attended to promptly. This would be an important sign of Real Change for many Canadians. As Dennis Edney points out in this interview, no better place to start than by withdrawing the federal government’s appeal of Omar Khadr’s bail. While this initiative was undertaken by the Harper government, it will be up to Team Trudeau to withdraw the appeal.
Now would be a great time to write a letter to Justin Trudeau congratulating him on his electoral success and inviting him to withdraw the appeal of Omar’s bail as one of his first acts as Prime Minister. Copy your local MP and, if that MP happens not to be Liberal, copy your nearest Liberal MP so that they know Canadians are ready for a fresh new approach to human rights.

Once you have written your letter, get 3 friends to do so and have them do the same. If the Prime Minister Designate receives 1000+ letters in the next 10 days, I think we will see action on this before the year is out.

Dennis Edney was in Quebec this weekend where he was invited to talk about Omar’s case on Tout le Monde en Parle. 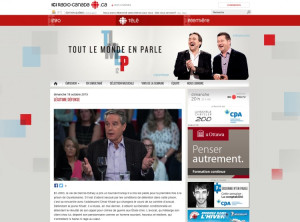 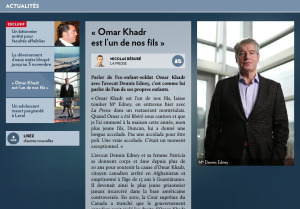 Another Quebec based paper, Le Devoir, published a piece this weekend, titled “L’importance de tenir tête au pouvoir” (The importance of standing up to power), about Dennis Edney’s long fight against the Canadian government’s apathy. 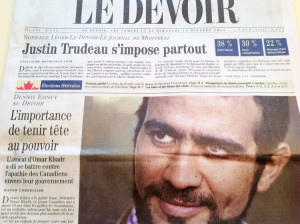 Inspirational and world renowned artists and writers from Quebec have joined their voices to write a beautiful poem for Omar, translated by author Yann Martel (Man Booker Prize for “Life of Pi”, 2002). 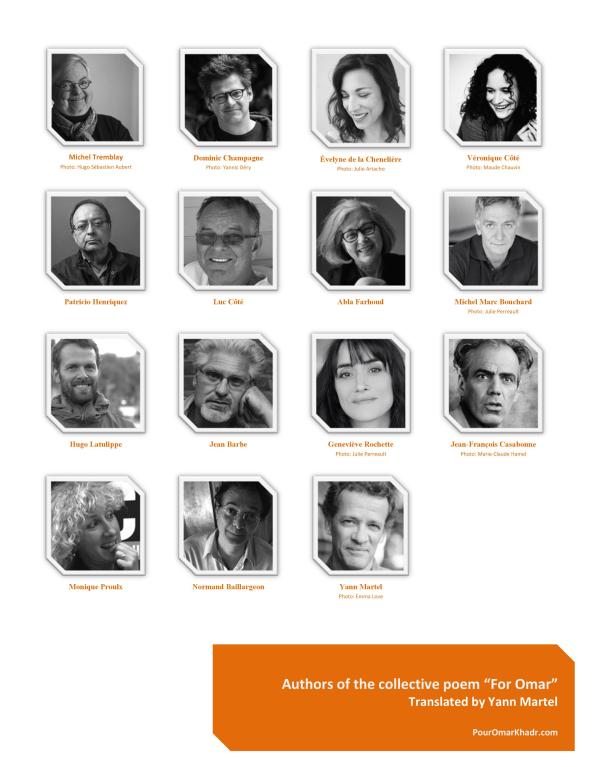 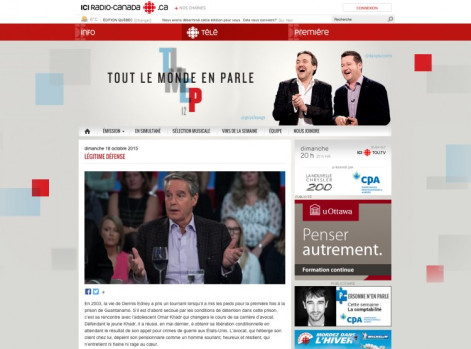 This is the hugely-influential programme which launched the “orange wave” after Jack Layton’s appearance during the last election. Dennis joins a number of Quebecois icons in a unique opportunity to present Omar’s case to a francophone audience (and to English speakers as well). All thanks to the work from the inspiring Quebec team Pour Omar Khadr.

Dennis Edney Q.C., has spent more than a decade advocating on behalf of Omar Khadr, the youngest prisoner and last Western national to be released from Guantanamo Bay Prison. Omar, a 15 year old Canadian citizen at the time of his capture by U.S. forces in Afghanistan, also holds the dubious distinction of being the first person to be prosecuted by a military commission for purported war crimes he is claimed to have committed while still a child.

Mr. Edney’s legal victories (alongside co-counsel Nate Whitling) include: Omar’s repatriation back to Canada, three successful Supreme Court of Canada judgments regarding the violation of Omar’s legal rights, and more recently securing Omar’s release on bail while his Military Commission convictions are appealed in the United States. Mr. Edney and Mr. Whitling have defended Omar on a largely pro bono basis, reaching into their own pockets to represent Omar.
Perhaps even more controversial is the fact that Mr. Edney is more than Omar’s lawyer. One of the linchpins in securing Omar’s release from jail was the fact that Mr. Edney and his wife Patricia offered their home as Omar’s residence, something unheard of in legal circles. As a result, Omar now lives with the Edney family.
It seems only fitting that Mr. Edney, a Scottish soccer player turned lawyer, would be described as a thorn in the side of the Canadian government, which has continued to maintain that Omar is a dangerous terrorist. In contrast, Mr. Edney has remained steadfast that Omar is a victim of a system created in Guantanamo Bay to justify the use of torture, extensive human rights violations, secret evidence and illegal trials. He maintains that the Canadian government has being complicit in the systematic and flagrant abuses on one of its own citizens by failing to demand that the United States adhere to international laws.
A campaign has been launched to raise the funds necessary to bring Mr. Edney to McGill University’s Law Faculty, located at 3644 Peel on October 21, 2015. His talk will focus on the rule of law in an age of fear: how the post 9/11 climate of fear and insecurity has been exploited to justify long standing human rights violations carried out in the name of national security. This has led to an intense debate over where the balance lies between the rule of law, human rights and civil liberties on the one hand and security on the other. It is Mr. Edney’s position that if we do not get the balance right, we can fall into lawlessness. One has to look no further than Guantanamo Bay.
Mr. Edney has received a number of awards and distinctions including the National Pro Bono Award (2008), the Lieutenant Governor of British Columbia’s Human Rights Medal (2009), the Gerald L. Gall award by the John Humphrey Centre for Peace and Human Rights (2013), the Winnipeg Citizens Award (2014), the Rotary Club of Canada’s Paul Harris Fellowship (2014) and most recently a place among Canada’s 25 Most Influential Lawyers by Canadian Lawyer in Criminal/ Human Rights Law (2015).
Should you wish to contribute to this campaign and/or attend the event please go to our Go Fund Me Page: https://www.gofundme.com/xb3w6wdg to find out more. Any funds collected over and above the necessary expenses for Mr. Edney visit will go entirely to Omar’s legal fund.
.