Request to our supporters-please take action!

Lawyers Rights Watch Canada (LRWC) has written to Conservative M.P. Mark Strahl objecting to his reference to Omar Khadr as a “convicted terrorist” in May 8th statement in the House of Commons and repeated in a Twitter comment. Strahl, Andrew Scheer, and other Conservative politicians continue to defame and demonize Omar Khadr.

Please join LRWC by writing to gov officials listed at the end of the letter requesting: 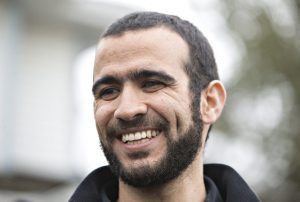 Re: Your statement, “The PM has no problem apologizing to Omar Khadr a convicted terrorist…” to the House of Commons on 8 May 2020

Lawyers’ Rights Watch Canada (LRWC) objects to your reference to Omar Khadr as a “convicted terrorist” in your 8 May 2020 statement in the House of Commons.[1] You repeated this statement in a Twitter comment on 8 May 2019.[2]

This is a seriously inaccurate description of Mr. Khadr in fact and in law. Omar Khadr has never been validly charged, tried, or convicted of terrorism or other charge by a properly constituted, independent, and impartial court as required by Canadian, US and international law.[3]Instead, Omar Khadr was accused of ex post facto (retroactively created) offences, a practice forbidden under the US Constitution, Canadian law and international law. He was tried and convicted by a military commission, which lacked the independence and fair trial safeguards required by the Geneva Conventions and other international treaties. Mr. Khadr was denied access to an independent court to review the legality of his detention, treatment and the accusations against him from the time of his capture in July 2002 to his transfer to Canada in September 2012. After 10 years of illegal detention and violations of all his rights, including the right to freedom from torture, he allowed the arrangement by which a guilty plea was exchanged for his release from Guantanamo Bay prison.

The Supreme Court of Canada (SCC) found in 2010 that Canadian officials contributed to Mr. Khadr’s unlawful detention in Guantanamo Bay prison and violation of his rights. The SCC stated:

The deprivation of [Khadr’s] right to liberty and security of the person is not in accordance with the principles of fundamental justice. The interrogation of a youth detained without access to counsel, to elicit statements about serious criminal charges while knowing that the youth had been subjected to sleep deprivation and while knowing that the fruits of the interrogations would be shared with the prosecutors, offends the most basic Canadian standards about the treatment of detained youth suspects.

Canada, as a State Party to the UN Convention Against Torture, is legally obligated to provide full redress to Mr. Khadr for violations of his rights to which Canadian officials contributed. In June 2012 the UN Committee Against Torture recommended that Canada ensure “appropriate redress for human rights violations that the Canadian Supreme Court has ruled [Omar Khadr] experienced.”[4]

According to the UN General Assembly Reparations Guidelines,[5] the duty to provide full redress to victims of torture requires a public apology that acknowledges the facts, accepts responsibility, and restores the dignity of the victim. In Mr. Khadr’s case, redress includes an apology that public acknowledges the truth regarding Canada’s complicity in his prolonged illegal detention and violations of his rights. As stated by the Committee Against Torture, interpreting duties of State parties under Article 14 of the Convention, “restoration of the dignity of the victim is the ultimate objective in the process of redress.”[6] Your 8 May comments do not serve that objective.

A statement by a Member of Parliament in the House of Commons carries great weight for many members of the public. Public vilification and inaccurate references to Mr. Khadr as a “convicted terrorist” by Canadian officials, including parliamentarians, have in the past led to threats against Mr. Khadr. The wide dissemination of your comments in the House of Commons has already resulted in numerous social media comments that inaccurately vilify him. It is important that you retract your inaccurate statement and apologize without delay.

The Committee Against Torture continues to review Canada’s obligation to provide full redress for Mr. Khadr. In 2018 the UN Committee Against Torture, noted with concern that Canada had provided inadequate information about redress to Mr. Khadr and recommended that Canada “provide information on specific measures taken in” the case of Omar Khadr and several others, and directed Canada to provide a follow-up report in December 2019.[7] The Committee also recommended the following remedies:

verification of the facts and full and public disclosure of the truth…; an official declaration or judicial decision restoring the dignity, the reputation and the rights of the victim and of persons closely connected with the victim; and judicial and administrative sanctions against persons liable for the violations.

Canada has not yet fulfilled its international legal obligation to fully redress the torture and other ill-treatment to which Canadian officials contributed during Omar Khadr’s unlawful detention in Guantanamo Bay prison. A statement by a Member of Parliament wrongly casting blame on Omar Khadr cannot stand uncorrected. Therefore, we request your immediate and unqualified retraction and apology for your inaccurate remarks about Mr. Khadr.

Thank you for your prompt attention to this matter.