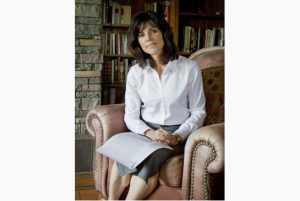 One afternoon in September 2008, students at King’s University College here filled every available seat in a lecture hall, occupied the aisles, and fanned out against the wall. A guest speaker had them spellbound with the story of Omar A. Khadr.

The speaker, a human-rights lawyer from Scotland named Dennis Edney, told the students at this small Christian college how the Toronto-born Mr. Khadr had been captured at the age of 15 in Afghanistan by the U.S. military and was being held in the prison at Guantánamo Bay, Cuba. Years of living in Edmonton hadn’t scrubbed away the lawyer’s Scottish brogue, nor had he adopted Canadians’ preference for polite talk. The young man stood no chance of receiving justice, he said bluntly. It was hopeless.

From near the front of the hall, that cold assessment hit Arlette Zinck in the gut. “We don’t do hopeless,” thought Ms. Zinck, an associate professor of English.

A short time later, although she was not scheduled to speak, she felt moved to stand up before the entire college. Ms. Zinck, slim with straight, auburn hair that frames her face, wasn’t exactly sure what she would say. It turned out to be a simple message.

“You’ve heard a passionate advocate. You’ve heard one story. You never leave it at one story. Go out and learn everything you can,” Ms. Zinck 51, recalls telling the students. “If at the end of that you’re still wanting to do something, then know that we’re not going to leave that with you; we’re going to walk beside you.”

It was a pledge. Perhaps similar to one professors make every day when they see passion in their students’ eyes. But the commitment Ms. Zinck made that afternoon would eventually give her an unlikely new student: Omar Khadr himself. It would take her far from Canada and, some would argue, far from the proper role of an academic.  … Continue reading →