The Free Omar Khadr Campaign would like to congratulate Dennis Edney who was honoured last night in Toronto at the Muslim Awards for Excellence (MAX), an initiative to 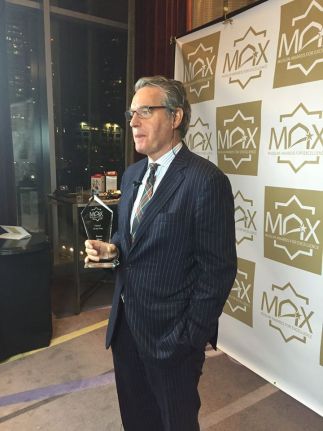 recognize and motivate high achievement in the Canadian Muslim community.

Mr. Edney was awarded, among other outstanding candidates nominated, for the MAX Friend of the Community Award which recognizes non-Muslim individuals who have demonstrated outstanding service to the Canadian Muslim community and assisted in achieving key goals of the community.

Dennis Edney legally represents Omar Khadr, referred to by media as “Guantanamo’s Child.” He has represented him in all levels of Canadian courts including three successful appearances in the Supreme Court of Canada. He was appointed as a Foreign Attorney Consultant by the Pentagon to defend Omar, and has visited him countless times over the years in Guantanamo Bay.

He has received noteworthy recognition and awards – the Lieutenant Governor of British Columbia’s Human Rights Medal; the National Pro Bono Award; the prestigious Gerald L Gall award by the John Humphrey Centre; the Winnipeg Citizens Award for contribution to Human Rights and Justice; the Paul Harris Fellowship for his contribution to global human rights; and named one of “Canada’s 25 Most Influential Lawyers” by Canadian Lawyer.

He finds his most important reward to be helping Omar find his freedom, a task yet unfinished. Omar has been released on bail and currently lives with Dennis. Their legal journey is not yet over, but it is decidedly more hopeful.

Dennis Edney, his wife Patricia and their two sons, Cameron and Duncan deserve the respect and appreciation of all Canadians for their remarkable dedication to Omar, a young man so shockingly abandoned by his own country and denied the most fundamental of rights.

We hope that Dennis’ award will be a timely reminder to the Canadian government (which will soon decide how to proceed with Omar’s civil suit regarding government complicity in his torture and denial of rights) that the violation of Omar’s rights must be remedied.

One comment on “And the MAX Friend of the Community Award Goes to Dennis Edney!”