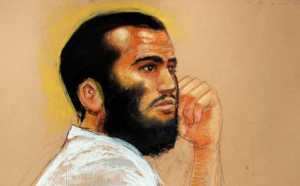 Appeals court rulings that tossed out the convictions of two al-Qaeda operatives mean that Omar Khadr was also wrongfully convicted and should be freed, his lawyer and rights experts say.

A court of appeals last month overturned the U.S. military court in Guantanamo Bay’s murder and terrorism convictions of Ali Hamza al Bahlul, a Yemeni who was Osama bin Laden’s publicist, on the grounds that the charges on which he was convicted were not internationally recognized as war crimes.

Mr. Khadr’s lawyer and others say such rulings raise grave doubts about the validity of Mr. Khadr’s guilty plea to terrorism and murder charges in the same court, because those were not war crimes in 2002 when the Canadian teenager was involved in a gun battle in which a U.S. soldier died.

And human rights experts believe he has a solid case, although the Canadian government seems keen to keep Mr. Khadr, now 26, locked up as long as possible.

Mr. Edney wrote in a Jan. 29, 2013, letter to Bryan Broyles, deputy chief defence counsel for the U.S. war crimes tribunals, that Mr. Khadr wants to “appeal all of the convictions entered against him in October, 2010,” and asked for a legal team to launch the appeal. Mr. Broyles has yet to reply, and declined to respond to written questions from The Globe and Mail.

“It is astounding no notice of appeal was filed on behalf of Omar Khadr while other detainees have had their appeals filed and successfully appealed by military defence counsel,” Mr. Edney said.

After the U.S. Court of Appeals for the District of Columbia threw out the convictions against Mr. al Bahlul, Mr. Broyles denounced the original prosecution saying: “The only basis on which the United States relied was their fanciful notion of U.S. common law of war, something which doesn’t actually exist.”

The same appeals court had earlier tossed out the terrorism conspiracy conviction of Salim Hamdan, one of Mr. bin Laden’s drivers, on similar grounds, that the crimes he was convicted of did not exist until they were created by the Bush administration.

Mr. Khadr’s chance of having his convictions vacated are complicated by several circumstances, not least that, as part of his plea bargain deal, he waived his right to appeal. He is also now back in Canada, outside of U.S. jurisdiction.

Even if Mr. Khadr threw the grenade that caused the death of U.S. special forces Sergeant Christopher Speer, killing a combatant on a battleground is not a war crime under international law except in some circumstances. Even if Mr. Khadr should have faced charges for the killing, said Andrea Prasow, the senior counter-terrorism counsel and advocate at Human Rights Watch’s U.S. program, it should have been as a criminal homicide in Afghanistan.“These weren’t crimes in violation of the laws of war at the time they were committed,” Ms. Prasow said in an interview. “They weren’t then, and they are not now,” she added. That was the fundamental reason the U.S. appeals court tossed out the Guantanamo convictions of Hamdan and al-Bahlul.

That a child soldier – Mr. Khadr was 15 in 2002 – was charged at all, let alone by an offshore war crimes tribunal created by the Bush administration to skirt U.S. constitutional protections, has outraged rights groups for more than a decade. But unlike Britain and Australia, which insisted on the rapid repatriation of their citizens, successive Canadian governments wanted Mr. Khadr held and tried in Guantanamo.

Although the military jury sentenced him to 40 years, the plea deal added only another eight years to the eight Mr. Khadr had already spent in Guantanamo, and the chance to be sent to Canada, the country of his birth, to serve most of the remaining sentence. Under Canadian law, he is eligible for parole on July 1, but the Harper government is expected to opposed his release vigorously, arguing he is a dangerous, convicted terrorist.

Were a U.S. appeals court to overturn the conviction on the grounds that the crimes on which he was convicted didn’t exist in 2002, Mr. Khadr might be entitled to immediate release.

MORE RELATED to THIS STORY in the GLOBE and MAIL

One comment on “Validity of Khadr’s guilty plea in doubt”